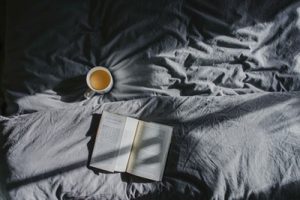 Uncharacteristically, I had a hour or so to spare the other day, and I remembered that a new episode of Vikings should have been available SBS On Demand.

I was bitterly disappointed to find that the show hadn’t aired that week. Instead I poked around for something else to watch. My eyes fell on . As a Japanophile the title was enough to draw me in, and I’m so glad it did, I just wish I’d seen it well before now.

Jiro Dreams of Sushi is a 2011 American documentary film following, the now 92-year-old, Jiro Ono – a sushi master and owner of Sukiyabashi Jiro.

Sukiyabashi Jiro is a Michelin three-star restaurant that only seats 10 people, and can be found in the unglamorous location of a Tokyo subway station. You won’t find any appetisers or fancy a la carte meals there. Jiro Ono only serves a tasting menu of around 20 courses, for a minimum of 30,000 Japanese yen (350 AUD) – ouch!

Apparently though it’s completely worth it. Obama described his meal there as the best sushi he had ever had.

What’s that got to do with being an expert?

It turns out everything.

Jiro Ono subscribes to the practice of ‘shokunin’.

is a Japanese term that translates as a ‘craftsman’ or ‘artisan’ – more specifically, the mastery of ones profession.

Famed Japanese artist, sculptor, teacher and woodcrafting expert Tasio Odate says “the Japanese apprentice is taught that shokunin means not only having technical skills, but also implies an attitude and social consciousness. … The shokunin has a social obligation to work his/her best for the general welfare of the people”.

This is a beautiful idea, but it seems that shokunin isn’t always driven by social obligation – even if there are beneficial outcomes for other people.

For many the shokunin is about the practice of doing something carefully and beautifully, to the best of your ability, and the personal joy derived from this. It is also about the continual quest for improvement and perfection.

In Jiro Dreams of Sushi we learn that the chef wakes up every morning and goes to work, despite already being incredibly successful and arguably the best sushi master in the world. He does this because he is driven by shokunin. He says, “All I want to do is make better sushi”.

The Cost of Perfection

As a self-confessed perfectionist I know the pressure I put on myself and how unhealthy it can be to me and those around me.

These days I prefer to aim for ‘progress’ rather then perfection – and sometimes ‘good enough’, is actually good enough.

Even Jiro Ono admits with perhaps a smidgen of a regret, that his quest for perfection meant he missed a lot with his family and could have been a better father.

So perfection isn’t all together perfect.

What I like though about the idea of shokunin is the drive to always improve and be better – to continually refine and master your craft – knowing that you may never reach perfection, and being okay with that, but also enjoying the journey and your craft.

I think shokunin is incredibly important whether you’re a writer, a software engineer, a cleaner, or a sushi master.

We should all take pride in what we do, want to be better at it and obtain joy from the process.

It can only lead to becoming an expert in your craft – and with that comes recognition, opportunities and self-satisfaction.

Most of us have probably heard that we’re considered an expert in our field once we’ve practised our craft for 10,000 hours.

The concept comes from the work of psychologist K. Anders Ericsson, and was popularised by Author Malcolm Gladwell in his book Outliers.

Gladwell pointed to several case studies of incredibly successful people such as Bill Gates, whose success could be partly attributed to putting in 10,000 hours of work. That though is a simplistic interpretation of Gladwell’s book, which provides a lot of other compelling evidence for what makes people successful – it’s very much worth the read.

What though has come to light more recently is that the 10,000 hours may have little to do with whether you’re an expert.

Brad Stulberg, co-author of the book Peak Performance: Elevate Your Game, Avoid Burnout, and Thrive with the New Science of Success, says expertise develops based on the way you practise, rather than the time you practise. That the quality and focus of your practise determines your performance. He recommends intensively focused practice or “”.

Deliberate practice certainly isn’t at odds with shokunin, because they’re both about mastering your craft.

The premise of the 10,000 hour rule isn’t terrible either, as the more you practise something, the more likely you are to improve.

Perhaps in our quest for shokunin and being an expert, a realistic step is reminding ourselves that every day is an opportunity to be better than we were yesterday.

For me, I dedicate myself every day to improving my writing and marketing craft. If you’re looking for a writing expert .