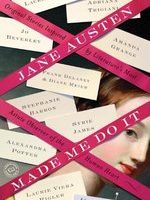 New. “Today is the start of the new you.” My mother’s words are an earworm burrowing into my mind. What’s wrong with the old me?

In the mirror she stares at me, daring me to defy her. My inner voice screams to defend the current me. My mother flashes me a Sale of the Century model smile, and I stay silent. I’m 37 but the child in me is eager to please.

My mother had arrived on my doorstep an hour earlier after I had ignored her last nineteen messages. She had even taken to posting ‘there’s nothing as strong as a bond between a mother and daughter’ style posts on my Facebook timeline.

“I thought you were dead,” she had said.

“I’ve been busy with work.” I was a merger and acquisitions lawyer. I worked long hours but I loved my job. A point lost on my mother.

“If you didn’t work so much, Tom wouldn’t have escaped to the desert.”

I take a deep breath. “I’ve told you, Mum. The break-up was a mutual decision. Tom had a great job opportunity in Dubai.”

“Maybe if you made more of an effort…” Her eyes went to my unwashed hair, pulled into a low ponytail, before landing on my leggings and Ugg boots. “You could get some style tips from your sister.”

I groan, readying myself for the great list of achievements. A muscle under my mother’s eye twitches momentarily, and then the mask is back. “Married and two children, all before the age of 32.”

“There’s still time…” My voice is a strangled whisper. How is it that I can bring CEOs of multi-million dollar companies to their knees, yet this woman can still render me a self-doubting mess?

My mother’s eyes flash in triumph. “I have a present for you.”

The ‘present’ was an appointment with my mother’s hairdresser, Rhonda – a woman whose poofed hair was reminiscent of Spike from Degrassi Junior High.

As Rhonda’s scissors hover, I open my mouth to protest, but my mother is prepared. After all, this was premeditated torture.

“You do want to do something before it’s too late?”

I give a dutiful nod and in one fell swoop my ponytail is dropping to the floor. In no time Rhonda has transformed me into an eerie mash-up of Hillary Clinton and Sharyn Osbourne. It is my mother’s haircut.

My mother beams at me. “Much better.” She trots off to the counter to make a show of “treating my daughter – she’s had such troubles you know.”

I feel a fury buried deep within me begin to rise. I am watching myself from afar as I reach out for a set of clippers. My hands seem forged in steel as I run the clippers through the side of my hair, leaving a trail of scalp. I can see my mother in the mirror flapping like a dying fish, and I keep shaving. “You’re right, Mum. This is the start of the new me.”

Writer’s Note: This story is pure fiction. My mother is amazingly awesome – she told me to say that : ) 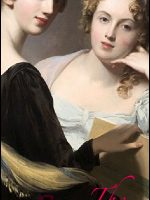 We’ve all heard the big names; Suzanne Collins, Veronica Roth and James Dashner. Thanks to their wildly successful novels and blockbuster film adaptations, these authors are the ones to look to when it comes to dystopian fiction. Over the past few years, this particular genre has skyrocketed in popularity among young adults and they can’t seem get to enough of it.

Guest contributor, and dystopian fiction fangirl, Elka Van Eden, explores why teens are so obsessed with the end of the world.

There’s nothing like immersing yourself in a new universe, yet with dystopian fiction, this world is our own. The concept of this particular literature style is not only to entertain readers, but challenge them to consider deeper societal and moral issues, present within the real world.

Dystopian novels have a strange uniqueness and familiarity about them, which is what makes them so immensely intriguing to readers. Previously, dystopian novels tended to target an adult audience who were presumed to have a greater understanding of how the world works. Classic dystopian novels like A Clockwork Orange, Animal Farm and 1984, while read in some high school English schools, are heavily skewed towards adult readers.

Lois Lowry’s, The Giver (1993), is credited as the first dystopian novel written from a teenager’s perspective and since then, almost all dystopian fiction is written in this style. It is one of the leading factors that has allowed this genre to grow and become as well-known as it is today.

The characters in the stories, just like their teen readers, have to deal with highly relatable concerns and problems, including friendship, family, betrayal and death. As well as this, dystopia is like a drastically flawed version of our own society, leading teens on the path of real world issues. These direct comparisons to today’s world, give the readers a shared moralistic goal of preventing the horrors that the novels illustrate, just like the fictional protagonist.

Dystopian novels also provide adolescents with an escape from our social norms and standards, to a more fast paced and exciting environment, even if it the dystopian world is eerily similar to the world we live in. Today’s young people are surrounded by threats of terrorism and a 24/7 news cycle where social justice issues and violence are the main headlines. It’s little wonder, the books that teens are drawn to echo the times they are currently living in.

Teenagers love for the dystopia has been alive and thriving for years and is not only re-awakening their imagination but allowing them to address problems within our own civilisation. The real question is, will this genre continue its popularity, or slowly disappear from our shelves to become just another fad in literature?

Why not pick up a dystopian novel and decide for yourself?

Due to dystopia finding its way into mainstream fiction, you don’t have to be a young adult to enjoy this genre. Here are some dystopian novels I believe stand out from the rest.

This action-packed trilogy has got it all. Corrupt governments, a deadly disease, crazy powers and rebelling youths, it really is dystopia to a tee. This month marked the release of its all-star film adaptation, which is a definite must-see.

“When Ruby woke up on her tenth birthday, something about her had changed. Something frightening enough to make her parents lock her in the garage and call the police. Something that got her sent to Thurmond, a brutal government ‘rehabilitation camp’. She might have survived the mysterious disease that had killed most of America’s children, but she and the others emerged with something far worse: frightening abilities they could not control.”

If corrupt governments weren’t enough, try corrupt teens… with no memory. This story really does embrace real world issues and provides an almost simple solution. The puzzle throughout this trilogy really does get you hooked.

“Kyla’s memory has been erased,
her personality wiped blank,
her memories lost forever.

The government claims she was a terrorist and that they are giving her a second chance – as long as she plays by their rules. But echoes of the past whisper in Kyla’s mind. Someone is lying to her, and nothing is as it seems. Who can she trust in her search for the truth?”

Set in Ireland, this novel is a take on classic folklore but with a dark and gruesome twist that keeps you guessing. Imagine The Hunger Games, but instead of only one group of kids a year having to go, every single teen has to go at one point.

“Imagine a world where you might disappear any minute, only to find yourself alone in a grey sickly land, with more horrors in it than you would ever wish to know about. And then you hear a horn and you know that whoever lives in this hell has got your scent and the hunt has already begun.

Could you survive the Call?”

While this isn’t exactly a reflective future of our own, this novel takes a look at science when it goes too far. A handful of interesting conspiracies and twists, along with a villain whose motives are entirely believable, make the novel captivating.

“On a remote island in the Pacific, Corpus scientists have taken test tube embryos and given them life. These beings—the Vitros—have knowledge and abilities most humans can only dream of. But they also have one enormous flaw.

Sophie Crue is determined to get to Skin Island and find her mother, a scientist who left Sophie behind years ago. She enlists charter pilot, Jim Julien, to take her there. But once on the island, Sophie and Jim encounter more than they bargained for.

In a race for their lives, Sophie and Jim are about to discover what happens when science stretches too far beyond its reach.”

This soon-to-be series, really is classic dystopia. A disease sweeps the nation, and the main characters do whatever they can to find a cure. Despite being a relatively short novel, the plot really is unpredictable and unique.

“It’s a decade from now and the human race is dying. Plants, animals and humans have been infected by spores from space and become part of a vast alien intelligence.

When 16-year-old Callie discovers her little sister Gracie has been infected, she flees with Gracie to the Zone to avoid termination by the ruthless officers of Quarantine. What Callie finds in the Zone will alter her irrevocably and send her on a journey to the stars and beyond.”

I’m an aspiring young writer with a passion for all things ‘book’, particularly dystopian fiction.