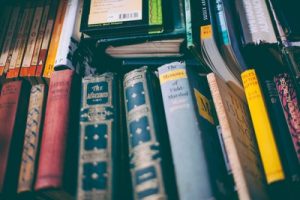 There’s a great series of ads here in Australia from an insurance company featuring ‘Captain Risky’.

is a self-styled Evel Knievel wannabe who says: “I’ve always been drawn to risk – like a moth to an oxy-acety-lene flame”.

“One thing I do know is that sometimes you gotta go out on a limb – ‘cos that’s where the fruit is.”

There’s some real wisdom in that.

Sometimes you have to take a chance, take a risk – the magic happens outside your comfort zone, but what if you’re risk averse by nature…

Always unplug the iron after you’ve used it. Put the hot iron somewhere safe in case an incredibly powerful gust of wind suddenly materialises out of nowhere and blows it over. Go back and check it three times to make sure it is off, unplugged and hasn’t been knocked over.

Okay so that’s really just being sensible and a ‘little’ OCD.

Does being safe though mean I’m risk averse?

I don’t like going on scary rides, I have no wish to jump out of a plane, swim with sharks or bungy jump. I don’t particularly like flying.

Risk averse? I’m not sure.

But this doesn’t necessarily make me risk averse.

In my life I’ve taken some BIG risks.

I’ve left a good job in a small country town and moved to Tokyo, not knowing a soul there or speaking any Japanese. All after living in only two country towns my whole life.

I have packed up my life and moved to cities of strangers several times with no job or income lined up.

I have spent years working on fictional novels that may never be seen by the world.

So I take risks.

Because the If Onlys scare me way more than the What Ifs.

But I’m probably what you would call a calculated risk-taker.

I like to thoroughly research something first and have a solid plan of attack, followed by Plan B, Plan C and an exit strategy.

I do know that real risk takers don’t have a Plan B necessarily, which isn’t a bad thing, it’s just not me. I’m a Plan B kind of girl.

My risks are probably a bit tamer as a result, but they’re still risks.

So from this day forth I would like to to be known as Captain Calculated Risky!

And as Captain Risky says…”Kick It and Rip It”….after a thorough risk assessment of course.

‘Risk’ is today’s word out of the jar. Read more about my .