Of all the delightful idiots filling the pages of our well-worn copies of Pride and Prejudice (hint: this is everyone except maybe Charlotte), one of the best is also one of the most overlooked—even by Jane Austen, who never grants her a first name. Mrs. Bennet, mother to the five Bennet sisters and incorrigible social gadfly, is largely dismissed by both the book’s readers and its facetious narrator, but she is perhaps the most radical character in the novel.

She tends to be read at face value—flighty, talkative, too often drunk, and too obsessed with marrying off each of her daughters. The clever jokes her husband makes at her expense go right over her head, much to his amusement and her elder daughters’ disappointment. But the willful disregard Mrs. Bennet shows to the sensibility and decorum most of her compatriots value so highly is not her weakness but in fact her greatest strength.

The woman has one abiding goal through the novel: to see all her daughters married and thus financially secure. An entail demands that none of her five children, all girls, may inherit their father’s estate, and thus they will have no permanent home or source of income unless they find it in wealthy men. Through the homogenizing fog of history, her obsession sometimes feels ridiculous—but when the options are marriage or destitution, and when you live in the countryside where well-bred men are scarce, and when at least two of your daughters are already past prime marriageable age, panic is understandable. Love is lovely, but Mrs. Bennet’s mission is about survival.

Unlike the rest of the family, prattling about feelings and manners and values and wit (yes, I mean you, Lizzie), she takes the plight of her children seriously, and she works tirelessly to ensure their futures. She schemes endless scenarios to endear her daughters to men of means, at one point orchestrating Jane’s prolonged illness (and thus residence) at Mr. Bingley’s Netherfield estate, at another attempting to force Elizabeth into an unhappy marriage with her cousin Mr. Collins, and at every chance throwing Lydia and Kitty toward an endless parade of military officers. Not all of her efforts are successful, to be sure, but marriage is a numbers game, and the Bennet matriarch is the sole, the necessary pragmatist in a house filled with idle dreamers.

“Love is lovely, but Mrs. Bennet’s mission is about survival.”

Remarkably, even as she shoulders the burden of her family’s future alone, Mrs. Bennet rails against the confines of the misogynistic society she inhabits. When she exclaims angrily, repeatedly, unceasingly about her daughters’ inability to inherit property—“the hardest thing in the world,” she calls it—our heroines, Jane and Lizzie, exhaustedly explain the logic of the sexist concept yet again. “They had often attempted to do it before, but it was a subject on which Mrs. Bennet was beyond the reach of reason, and she continued to rail bitterly against the cruelty of settling an estate away from a family of five daughters, in favor of a man whom nobody cared anything about.” How silly was this mother of theirs, who couldn’t understand the simple, obvious absurdity of a woman inheriting a house.

Jane and Lizzie are far from oblivious to their perilous situation. They know they must marry before they are forcibly removed from their ancestral home by the combined powers of tradition and the aforementioned aggressively dull male cousin. They know that, in their early twenties, their eligible years are coming to a close. But they neither rebel against the injustice nor actively seek to nullify it. Neither is bitter about the entail; it is an unavoidable consequence of fate. And neither takes an active role in husband hunting, instead preferring to stumble lazily—and in Lizzie’s case quite resistantly—into blissful marriages with wealthy best friends (Congrats! Glad it all worked out). When Elizabeth’s longtime friend Charlotte marries the rejected Mr. Collins, Lizzie is embittered to see the slightly older woman compromise her standards for security—but the matter of Charlotte’s inheriting her home and all its worth is a non-issue. Her mother sees it differently and bitterly condemns Collins and Charlotte at every opportunity, even years after their marriage. There is nothing she can do to change the legal status of herself or her daughters, but still she refuses to accept it, and she will not be quiet about the injustice of it even while those who it affects most consider the matter settled and have found superior situations. Mrs. Bennet is revolutionary in her simple and abiding refusal to shut up, even as those for whom she chiefly advocates desperately wish for her do so.

While working within a system she openly acknowledges to be against her, Mrs. Bennet acts freely and without restraint. She speaks her mind regardless of whether it is time for her to speak, and she voices her opinion regardless of whether it is the popular one—“What is Mr. Darcy to me, pray, that I should be afraid of him?” she asks in response to another of Lizzie’s scoldings, “I am sure we owe him no such particular civility as to be obliged to say nothing he may not like to hear.” It’s a trait she passes on to her favorite and youngest daughter, Lydia, and the two make a regular habit of interrupting and interjecting in conversations with their social betters. Mrs. Bennet isn’t afraid of mistakes, frequently acting with what is judged as too much liberty but never once embarrassed or apologetic for it. And that is remarkable given how highly reputation is valued in her world and how little it takes to destroy one.

Let us not forget that the dramatic height of the novel revolves around the horrific realization that Lydia, the youngest and silliest Bennett sister, may have pre-marital sex—and that if she does, the entire family will be destitute. Of course it is not Austen as much as the period in which she wrote that is the problem here. Fifteen years old, Lydia is only saved from assured ruin through the help of a rich male benefactor, Mr. Darcy. He acts not from any sense of morality or charity—he at first finds a possible association with Lydia so despicable as to prevent him proposing to her sister—but out of love for another, better-behaved woman and the need to protect his own reputation by association.

After her marriage, Lydia is all but ostracized by her father and her sisters simply because she has the audacity not to be ashamed. Mr. Bennet, who sent the notoriously flirtatious Lydia to spend poorly supervised months with a bunch of soldiers in the first place, is content to publicly cut ties with his daughter and her husband solely out of spite. Her actions seem to be equally condemned by Austen—she and Mr. Wickham are acknowledged as a point of fact to be unhappy and unstable long term. Though Lizzie and Jane advocate for Lydia, arguing the disavowal would only hurt the family more, it is largely for the sake of their mother, who persists in loving Lydia, who (silly woman) is proud of her daughter, that she is allowed to return home at all.

“Lizzie is an excellent woman of her era, but she lives within the boundaries of her place in society and doesn’t expect more for herself or from others.” 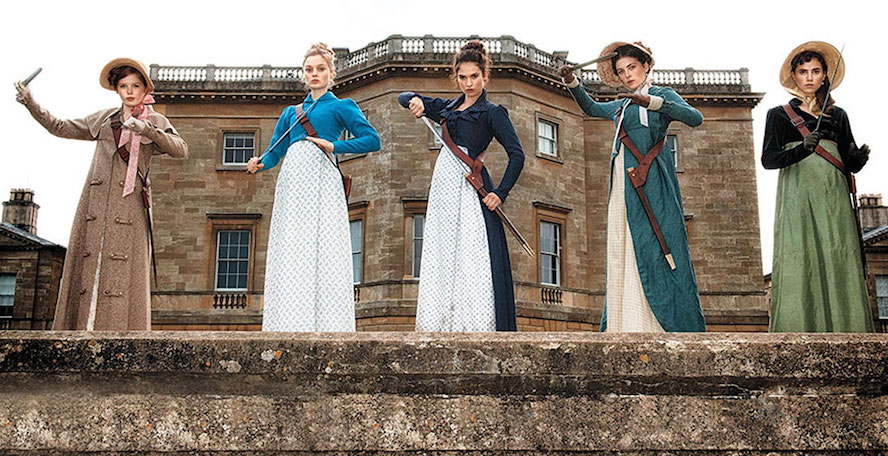 Lydia is oblivious and vain, obviously, but the small, selfish idiocies of teenagers are deserving of light mockery and forgiveness, not permanent condemnation. The youngest Bennet daughter’s girlish ridiculousness is timeless, but her mother’s decision not to ostracize her for her sexual misconduct—or even to acknowledge it as such—is quintessentially modern. It is a path few other Austen parents take.

That refusal to blame is not just kind but revolutionary. While the rest of her relations are prepared to mercifully tolerate Lydia’s marriage, her mother won’t do anything short of delight in it. As the first rule of polite society is never to insult someone to their face, the family has little choice but to publicly endorse her felicity. Despite Elizabeth’s private disgust that even after nearly destroying her future “Lydia was Lydia still; untamed, unabashed, wild, noisy and fearless,” she refrains from demeaning their behavior. She goes so far as to make peace with Wickham, who she worthily hates, solely to avoid any hint of a straightforward confrontation within the family. Because Lizzie at her core is absolutely traditional, as are her values and her limitations. She speaks in subtleties designed to amuse her allies and confuse her targets, not to openly challenge. She is embarrassed by the shabbiness and flightiness of her relations and fears her association with them diminishes her worth. “Had her family made an agreement to expose themselves as much as they could during the evening,” she thinks to herself during the Netherfield ball, “it would have been impossible for them to play their parts with more spirit or finer success.”

Lizzie is an excellent woman of her era, but she lives within the boundaries of her place in society and doesn’t expect more for herself or from others. She succeeds in forging her path to happiness and prosperity, but it is a personal victory only, one that reinforces the oppressive system that she accepts without question.

The victories of her mother and sister are of a much more significant character. Though both behave in a way that is unacceptable according to the standards of their society, by simply refusing to care or notice these transgressions, they force those who do to go to extraordinary lengths to accommodate them. As much out of self-preservation as out of love, Lydia’s older sisters and their husbands spend the rest of their lives supporting her both financially and socially, frequently sending her money and hosting her in their mansions. Lydia has little regard for her own respectability, but as her status reflects on theirs, Jane and Lizzie must provide her with some of their own, and so Lydia continues to do exactly as she wants without ever sacrificing the comforts or pleasures she might have otherwise found.

This youngest daughter is thus Mrs. Bennet’s true heir, doing always what she wants over what she should, and using shame as a tool rather than allowing it to control or diminish herself. It is a bold, a risky path that can only be trod by those with the bravery and confidence to believe themselves worthy without validation, to demand what they want from life rather than accepting every injustice as fate. These are values Lydia learned from her mother, values she will teach to her daughters, and it is their legacy, their radical impropriety, that shapes the future.