However, today we stand corrected, as in the past two days two fairly interesting and quite likely new facts about Jane Austen (or, at least, somewhat related to her) have been discovered and published in the media.

The first was Jennifer Schuessler’s article in the New York Timesabout a recent discovery made in the Royal Archives at Windsor Castle: a bill of sale for a copy of Sense and Sensibility, procured for the Prince Regent–three days before the book was officially published. As the article says, that means Prinny may have been Austen’s first customer; ironic, because as most of our Gentle Readers probably already know, Jane Austen was not overfond of His Royal Highness.

It was in receipts relating to the library that Mr. Foretek noticed the bill of sale listing the purchase of “Sense and Sensibility” on Oct. 28, 1811, followed by more dubious sounding fare like “Monk’s Daughter,” “Capricious Mother” and “Sicilian Mysteries.”

To fevered Janeites (and perhaps Hollywood screenwriters), the discovery of the Prince Regent’s early interest might be the seed of a fanciful historical romantic comedy in which the rakish royal book-stalks the tart-tongued, independent-minded (and never-married) commoner.

Then today we saw another interesting tidbit related to Jane Austen, though not involving her directly. An article in the Times Literary Supplement says that a painting by Sir Joshua Reynolds, until recently attributed as “George Clive and his Family with an Indian Maid,” is actually a portrait of Jane Austen’s aunt (her father’s sister), Philadelphia Austen Hancock; her husband, Tysoe Saul Hancock; her daughter, Eliza, who of course later married Jane Austen’s brother Henry; and their Indian servant, Clarinda. Read the whole article–it’s a great piece of detective work, using both Reynolds’ journal and letters by Mr. Hancock. Another interesting tidbit is that the painting, at that time with no subjects listed, was sold in 1817, a few years after Eliza’s death, along with another Reynolds painting of Warren Hastings, Eliza’s godfather (some say more than that, but that’s a subject for another blog post). The article does not say so outright, but we’re happy to speculate: the paintings could have been inherited from Eliza by Henry, and were sold to relieve his debts. 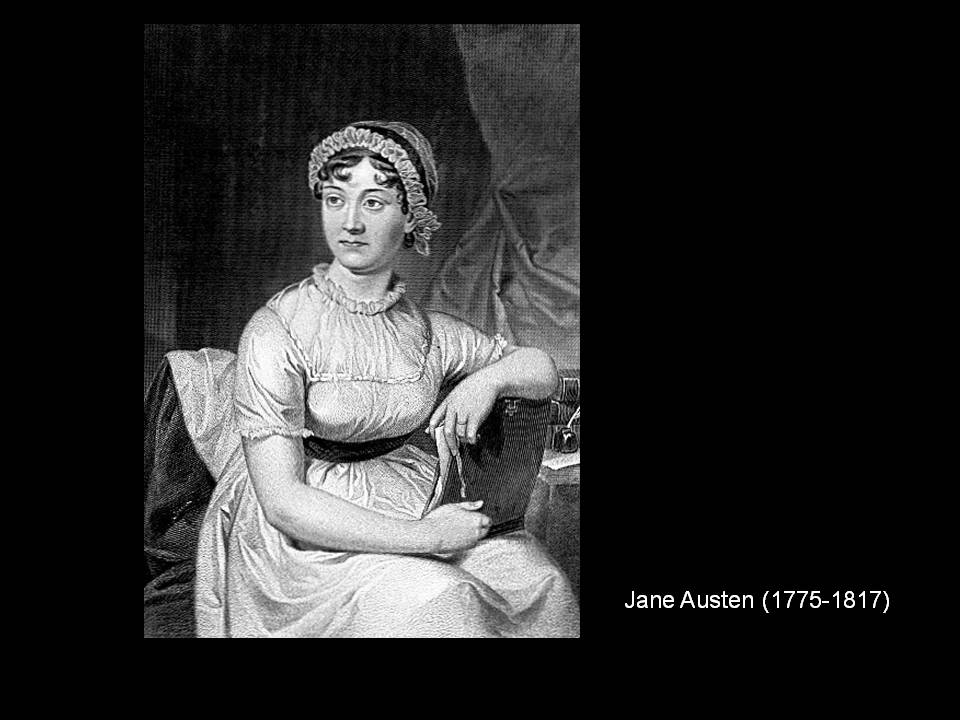 The painting currently resides at the Gemäldegalerie in Berlin, which is no doubt delighted to host the Hancocks under its roof, though as the article says,

Hanging quietly on its wall in Berlin, it is now jerked violently into another sphere, one in which the equally formidable army of professional Austen scholars is trailed by a motley crew of camp followers: bloggers, book groupers, fan-fictioneers and all. It will be interesting to watch its future career.

“bloggers, book groupers, fan-fictioneers and all” — curiously enough, we fall into all those categories!