Even so, Emma is no pop culture slouch. The story has found its own notable adapters and actors. The screenwriter who gave us the cult-classic Cat People (1942) is responsible for an early dramatization, Romances by Emma (1938). Amy Heckerling wrote and directed the Emma-inspired teen movie mega-hit Clueless (1995). Gwyneth Paltrow, before she consciously uncoupled and Gooped us, portrayed a highly regarded Emma (1996). Pemberley Digital tackled the story with its vlog series, Emma Approved (2013-14). Yet fewer readers today move on from Pride and Prejudice to devour Emma from cover to cover, perhaps because it’s a far more challenging read.

You can gather that much from its first words, which communicate no ironic truths universally acknowledged. What Emma’s opening has in common with the famous first line of Pride and Prejudice is that both pack a quick, powerful punch: “Emma Woodhouse, handsome, clever, and rich, with a comfortable home and happy disposition, seemed to united some of the best blessings of existence, and had lived nearly twenty-one years in the world with very little to distress or vex her. . . ”

Critics tend to light on that tricky word “seemed” and the introduction’s foreboding sense of distressing vexation yet to come. Centuries of readers, however, have come to the end of these lines and simply wondered, “Am I supposed to like her or not?”

It’s a great question. It’s the kind of thing we continue to ask ourselves today, when confronted with rich bitches from Gloria Vanderbilt, to Paris Hilton, to the Kardashians. Jane Austen was onto something. How much can we—should we–embrace women, in fiction and IRL, whose lives, if not their very persons, are enviably “better” than ours, more attractive, more comfortable, and seemingly happier? Do we admire them, judge them, or both? Are we secretly pleased when they, too, encounter life’s inevitable obstacles, or do we feel sorry for them? So much depends on their likeability, on how heavily or lightly they wield their power.

In first introducing her Emma to readers, Austen doesn’t choose a word like “wealthy” or “affluent,” employing instead a crass, ugly synonym with judgmental, Biblical overtones: rich. And not only rich. Emma’s clever, too—another loaded word—not “accomplished” or “intelligent.” Clever signals craftiness, although in the early nineteenth century it could also mean active, skillful, handy, or handsome.

“Handsome” is the one word in Emma’s opening that most often trips up readers today. The assumption is that it must be there as a kind of insult or to communicate Emma’s quasi-manliness. Not necessarily. The Oxford English Dictionary is helpful here, reminding us that in Austen’s time, when a woman was called “handsome,” it signaled her being “striking, stately, as opposed to conventionally beautiful or pretty.” Handsome communicated a kind of deep, powerful elegance, not a predictable, innocuous cute. From its first sentence, this is a novel fighting a literary battle against the impulse to venerate defenseless, sweet protagonists.

We still have complicated responses to women who have more, look better, and do more, and worst of all, don’t seem all that apologetic about it. (Demi Lovato’s “What’s Wrong With Being Confident?” shouldn’t even be a rhetorical question.) We might call it the “Don’t Hate Me Because I’m Beautiful” predicament. Its most recent incarnation seems to be the brouhaha over “Resting Bitch Face,” a concept brought to bear most often on exceptionally beautiful, powerful female faces, which some would prefer to glimpse only if obsequiously smiling.

Jane Austen’s Emma is, in its own way, a precursor response to the phenomenon of resting bitch face. The RBF is to expectations for celebrity beauty what Emma Woodhouse is to the typical classic novel’s heroine. She makes us uncomfortable but in a good way. She breaks the mold, revealing the unreasonable limitations of old patterns. Early nineteenth-century fiction tended to be made up of modestly perfect, wrongly victimized Cinderellas. Temporarily without happiness, comfort, or blessings, these heroines usually turned out to have unimpeachable pedigrees. That way no reader could be made to feel uncomfortable when they came into money. (“She made it the old fashioned way. She was born to it.”)

In Austen’s version, Emma was born to it, and she never loses it. Over the course of the novel, though, she’s compelled to realize how to better wield the power of a rich bitch. She learns that in leveraging her advantages, as we might say today, she ought not to try to mold those around her to her will. 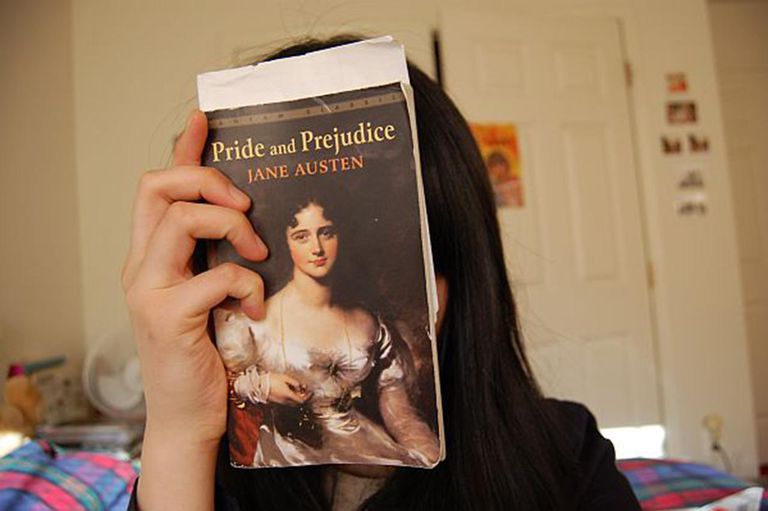 Jane Austen is said to have quipped, on the subject of her groundbreaking creation, “I am going to take a heroine whom no-one but myself will much like.” This could be a statement laden with a degree of her signature humor and irony. But although Austen may have been bitchy, she definitely wasn’t rich. She wasn’t writing from personal experience on this one.

As readers, many of us defy Austen’s expectations, as she no doubt realized we would. We finish Emma not only having sympathy for but discovering some reluctant micro-identification with the cosseted Emma. We can approve her power all the more readily because she admits fallibility and shows she’s educable. She learns how to use her social and economic power more selflessly and generously—with someone other than her father, that is. It’s hard to know how Emma’s example translates to an era of “leaning in” for women, but surely there is something there for today’s rich bitches to heed. Surely they could learn a thing or two from Emma.

So, too, could readers of all classes and backgrounds. Emma’s brilliance—its enduring status as a masterpiece of fiction—is that it puts us in the position of the less-clever-than-she-thinks-she-is heroine. Reading the novel for the first time, as it’s narrated from Emma’s self-righteous perspective, we miss many of the plot’s cues and clues. Like Emma, we smugly over-read, we misjudge, and we scoff at characters to whom we feel superior, like the know-it-all upstart meddler, Mrs. Elton, or the garrulous spinster in reduced circumstances, Miss Bates.

Austen’s trick is to make us all temporarily into rich-bitch readers. She’s not heavy handed about it. She shows us how, by being coaxed into sympathy with an uber-fortunate, commanding heroine, we might come to wield our own power better as readers of fiction, too. Once you’ve read Emma, it’s hard to go back to those humble damsel-protagonists, and that’s a very good thing, too. They look trite and tired by comparison, whereas Emma still surprises, delights, and, yes, instructs, two centuries on.