Back in September 2015, Carles-Tolra traveled from London to visit a cousin and her girlfriend in Bath. In the park they spotted a group of women dressed in 18th-century gowns and bonnets having a picnic. At the time, the photographer had wanted to study a religious community—she had been corresponding with nuns about the possibility of doing portraiture, and has just started working on a project with people who identify as pagans—and she guessed that the women were “some kind of British version of the Amish.”

But soon they noticed the costumed women everywhere: they were attending the Jane Austen festival, an annual event in Bath that draws “Janeites” from all over, they told Carles-Tolra.

Online, she discovered they were a hardcore clique: the Jane Austen Pineapple Appreciation Society. (Pineapples were a status symbol in the 17th century, and became fashionable motifs in the 18th century under the influence of Napoleon’s wife Joséphine). They invited her to a house party with the group in January 2016, and she developed “Where We Belong” in collaboration with them over the following couple of years.

But it wasn’t all afternoon naps and tea sets. Carles-Tolra’s first experience with the group took place at a ten-day-long house party; on the first night, in some powder-pink approximation of a hazing, they told her to put on Regency costume and dance at a ball.

“I remember I felt very, very uncomfortable, vulnerable and exposed, because the group also loved taking pictures,” she said. “But in a way that really helped: it was only fair. I’m behind the camera, and sometimes they’re behind the camera. [They were] putting me on the spot in that way. Asking me, ‘This might work, but from the very beginning, we want you to at least put on our shoes and put on your dress and come and dance…’ That was a good way of kind of breaking that role of the outsider.”

Trust, she explains, was key to this series, and her whole practice. “I need to feel like it goes both ways,” she said. “Of course, I want the sitter to trust me. But also, I need to trust the sitter.”

For several of her earlier projects, Carles-Tolra had produced portraits of women in the army and a rugby team—women challenging stereotypes about traditionally male-dominated fields or pursuits. The ultra-femininity of the Janeites stood in sharp contrast; perhaps because of this, she jokes, friends were curious about the project. “Lots of people said, ‘I wish I could come for a day, peek and see what’s happening inside,’ as if there was something really mysterious and hidden happening.”

One or two voiced concerns about her going to the countryside to stay with a bunch of Jane Austen superfans. “People were like: ‘Be careful. Make sure you send the address to your family.’ That a group of women reading literature in a house could be so dangerous…”

Naturally, some of the Janeites were diehard obsessives. They could quote from the best bits, knew and reread every book, watched every adaptation and identified with particular characters. But it turned out, she notes, that not everyone in the Society was as devoted to the novelist as you’d expect. Interviewed individually, some would shyly confess that they hadn’t read all the books, or, worse still, discovered Pride and Prejudice via Colin Firth’s wet shirt scene. 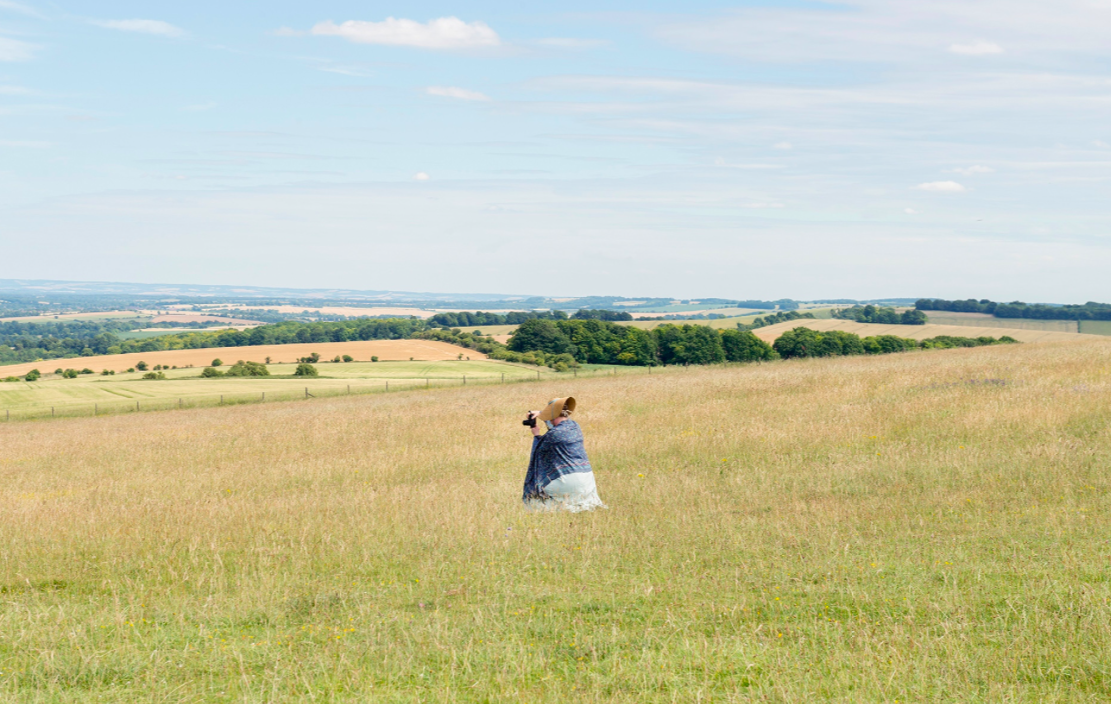 Carles-Tolra developed many of the images in collaboration with the subjects. The portraits often show a composition inspired by religious art and iconography, but shots of the women asleep also echo the style of pre-Raphaelite paintings—a common favorite among the group.

Before, working with women in the army and in rugby, she felt her subjects had been really challenging gendered stereotypes: “And then suddenly, I come across a group of women that, to my eyes, are doing … not exactly the opposite, but something that was quite challenging to reconcile with what I’d been doing.”

“When I meet a group, I usually have certain ideas of how I think the work is going to look and what I think I want, but then it changes based on the relationships that I build,” she said. “With this group, for me, it was really at the beginning about challenging that romantic idea that they had. Then it became more complex.”

The series’ dreamy images of summer-swept country parks give a glimpse at the sense of retreat she witnessed in the community. “Many of these women discovered the world of Austen at a time when they were struggling,” she said. “The books became the place where they could escape—where the character that has good intentions, ends up with what she wants.”

The group revealed themselves to be a deep and inclusive community. Connecting online made the solitary pleasure of reading a social one, and meeting in person evolved the group even further. “They had created a group in which they could actually be physically close,” Carles-Tolra said. “There was a lot of laughter. It was about taking a break, and there was that moment of pause from daily routine, and from struggle.”